HUNTINGDON — Saturday, August 20, saw Huntingdon host its first championship bicycle race. They have hosted bicycle road races and triathlons in the past but this year they were host to the 2022 Tennessee State Individual and Team Time Trial Championship. 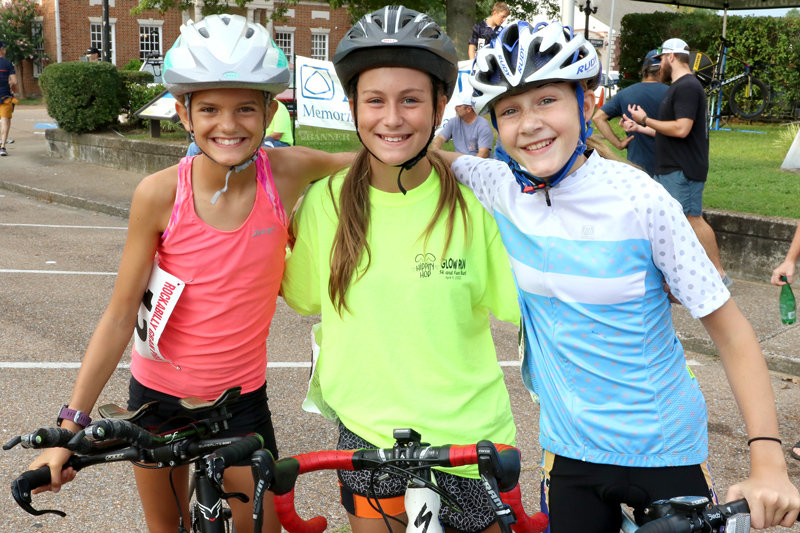 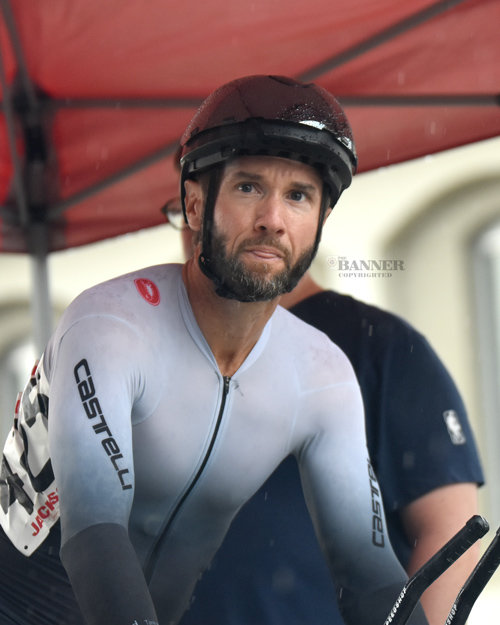 Mark Smith getting ready to ride.
Previous Next
Posted Tuesday, August 23, 2022 5:00 pm
By Jim Potts
jpotts@mckenziebanner.com
HUNTINGDON — Saturday, August 20, saw Huntingdon host its first championship bicycle race. They have hosted bicycle road races and triathlons in the past but this year they were host to the 2022 Tennessee State Individual and Team Time Trial Championship.
According to Dr. Mark Smith, who raced in the event, “We had a great turnout from all across the state and some from outside the state.”
There was some rain early in the event but turned out to be a non-factor as the trials continued.
There were several local junior riders including; Kynadie Brown, Alyssabella Sass, Abigail Wallace, Braden Wallace, Alistar Wallace, Hudson Wallace, Carson Watters, and Hailey Wallace.
Several local adults competed in the 40K race which converts to about 24 miles. Mark Smith had the lowest time among the locals finishing in 47:56 while Kirsten Sass finished in 53:20. Other local competitors included Ryan Delaney, Shaun Williams, Brian Wallace, Justin Lowe, David Bullion, Will Record, Andrew Foster, David Wood, Martha Lowe, and Ryan Forbess.
Will Record finished 20K which is about 12 miles in 32:45 and Ben Boyd with 32:36. In the 3-man Team Time Trial, Matt Joiner, Ryan Delaney, and Mark Smith finished in 55:43.
Sponsors of the race included Jimmy Reed – Marx-Bensdorf and BPC Cycling Team, Latting Speed Shop, Southern Chiropractic and Acupuncture, Smith and Smith Optometry, E3 Fitness, Baptist Memorial Hospital – Carroll County, West Tennessee Public Utility District, Somerset Getaways, Lawrence Designs, Haizlip Studio, Joseph G. Butler – Carroll County Mayor, Carroll Bank and Trust, Phipps Pharmacy Inc, Granges Americas Inc, Rejuvenate MedSpa and Salon, Fast Pace Health Urgent Care, and Dynamix Physical Therapy – McKenzie.
Smith also added. “We are thankful for sponsors, volunteers, local authorities, and everyone that came out to root on and help out on the day! We look forward to next year!”