McKENZIE (November 20) — A rural McKenzie home was destroyed by fire on Sunday, November 20. 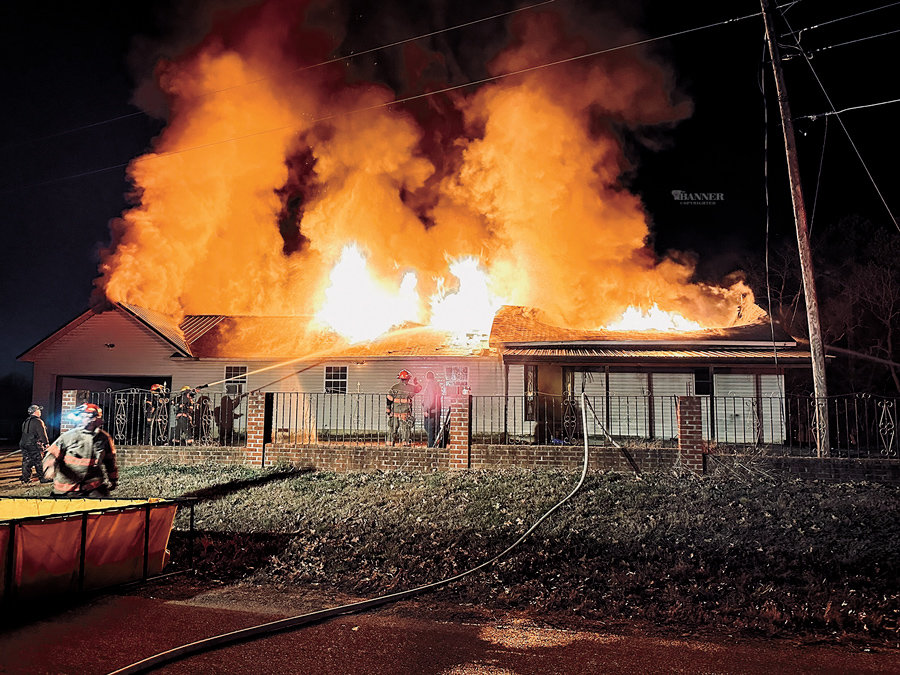 A rural Weakley County home on Blooming Grove Road-South was destroyed Sunday.
Photo by Joel Washburn/The Banner
Posted Tuesday, November 22, 2022 5:00 pm
McKENZIE (November 20) — A rural McKenzie home was destroyed by fire on Sunday, November 20.
McKenzie Fire Department responded to 214 Blooming Grove South, McKenzie, where they found a home heavily involved in fire. The department immediately requested mutual aid from other departments because they lacked fire hydrants in the rural Weakley County community.
Assisting were fire departments from Gleason and Pillowville, along with Weakley County EMS and Weakley County Sheriff’s Department. Firefighters worked in freezing temperatures.
The home is titled to Robert Solomon, according to Tennessee Property Data records.
McKenzie  was the first to arrive at 5:15 p.m. and immediately established a water holding tank for water tankers to quickly fill and then the truck travel to McKenzie to refill at a hydrant on State Route 124 (Magnolia Avenue) near the Carroll- Weakley county line.
Three 1.75-inch attack lines were used by firefighters from McKenzie and Gleason. All units were on the scene for over three hours.