The Story of Carl Perkins

After several weeks of doing some of the most interesting research I’ve done, I decided it was time to take a little more light-hearted approach this week. The story of Carl Perkins is one of a sharecropper’s son who made it to Memphis and into the Rock and Roll Hall of Fame. Much of what I’m sharing today comes from author Rose Clayton Phillips.

The Story of Carl Perkins 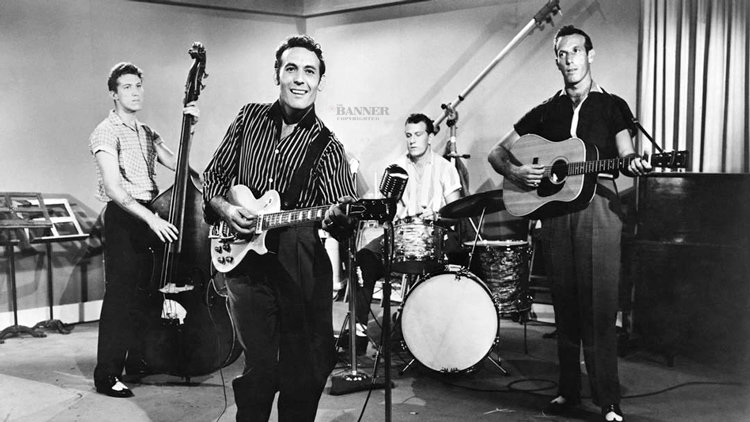 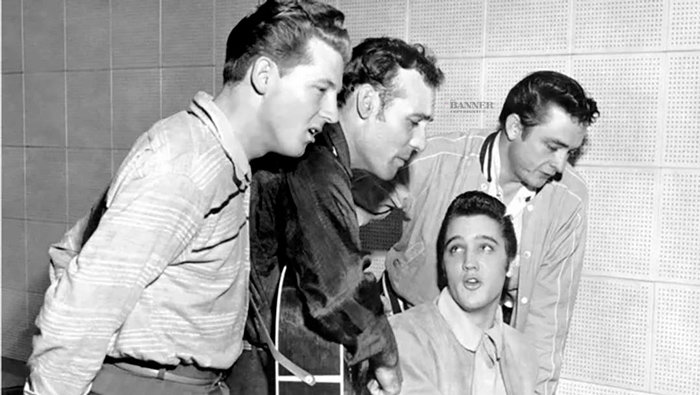 After several weeks of doing some of the most interesting research I’ve done, I decided it was time to take a little more light-hearted approach this week. The story of Carl Perkins is one of a sharecropper’s son who made it to Memphis and into the Rock and Roll Hall of Fame. Much of what I’m sharing today comes from author Rose Clayton Phillips.

Carl Lee Perkins was born on April 9, 1932, to Fonnie Perkins (1908–1975) and Mary Louise Brantley Perkins (1911–1991). The Perkins family lived in a three-room shack in Lake County, Tennessee, where they struggled as sharecroppers. By age six, Perkins was picking cotton with his older brother Jay for as long as daylight allowed. They hummed along to the gospel songs of the other workers in the field and, on Saturday nights, listened to the sounds of the Grand Ole Opry that came magically through their battery-operated radio.

Perkins’ father fashioned his son’s first instrument from a discarded cigar box, a broken broomstick and baling wire. Legend has it that when the opportunity came to acquire a battered Gene Autry guitar from a neighbor in need, he laid down three dollars and a chicken to seal the deal. That “real guitar” allowed Perkins to sense his destiny. According to Perkins, “Uncle John, another field hand, showed me how to place my fingers on the strings and feel the vibration that each note made.

That vibration is what moved me.” Too poor to buy new guitar strings, Perkins knotted the broken strings when they broke. To prevent the knots from cutting into his fingers, he discovered how to bend notes into what became known as a “blue note”, part of his signature playing style.

After World War II, his family moved to Madison County where a failed job opportunity forced them back into sharecropping. At 14, Carl and Jay Perkins began playing in local taverns and later coaxed younger brother Clayton into learning the upright bass to round out their sound. Playing every available opening at local WTJS-AM, the self-taught musicians were the hottest band in the area by the time they moved to Jackson in 1950. In 1953, Perkins married Valda Crider and started his family while remaining determined to have a career in music.

When Perkins heard Elvis Presley’s version of “Blue Moon Of Kentucky” playing on the radio, he recognized the up-tempo, country-blues shuffle as a sound similar to what his band was playing. After learning that Presley recorded for Sam Phillips at Sun Records, the Perkins brothers headed to Memphis. Phillips gave the brothers an audition and found he liked Perkins’ country vocals and original material.

Phillips’ first release for Perkins was “Movie Magg.” It was a regional hit. “After that, I was booked with those Sun stars, Elvis and Johnny Cash, all through the South and Southwest,” Perkins later shared. “Those tours really got me going.”

His second single, “Blue Suede Shoes”, was a rocker Perkins wrote in his bathroom on a brown paper bag at 3 a.m. Three months after its release, the song became the first record to simultaneously top three Billboard charts: Country, Rhythm and Blues, and Pop. Major offers followed for national TV appearances. But, while heading to New York City, tragedy struck: the car carrying the Perkins Brothers rammed into the back of a poultry truck. Severely injured, Perkins watched Presley perform “Blue Suede Shoes” on The Milton Berle Show to ecstatic audiences.

Unable to play, Perkins’ career lost its momentum as Presley’s record turned gold. Since the song was Sun Records’ first million-seller, Phillips presented Perkins with a new Cadillac. Phillips wasted no time getting his new writer’s songs on tape. The sessions would remain Perkins’ finest work.

While touring abroad with Chuck Berry in 1964, Perkins met the Beatles and attended a recording session where they recorded four of his Sun sides. Ready to jump-start his career, Perkins found a musical home with the Johnny Cash Show in 1968 and stayed for a decade. The Perkins-penned tune “Daddy Sang Bass’’ was a hit for Cash and, as Perkins claimed, “the song I want to be remembered for.”

The rockabilly revival that began in the early 1980s fascinated Perkins. In 1985, the surviving Beatles, Eric Clapton and other English artists appeared in “Blue Suede Shoes: A Rockabilly Special”, a show taped in London that continued to keep an international spotlight shining on Perkins.

In 1986, Perkins returned to Memphis to record “Class of ’55: Memphis Rock and Roll Homecoming” at Sun with his former Sun Records label-mates Cash, Lewis and Roy Orbison. Perkins wrote the album’s debut single, “The Birth of Rock ‘n’ Roll”. Its video starred Perkins, Lewis and Rolling Stone Ron Wood, along with popular Memphis landmarks. Perkins won a Grammy for his contribution to its accompanying spoken-word album.

Perkins died in Jackson on January 19, 1998, leaving a legacy that brought the humble star tremendous pride. Perkins worked with the Jackson Exchange Club to establish the Carl Perkins Center for the Prevention of Child Abuse, and his adopted city renamed its civic center in his honor.

Perkins has been inducted into the Rock and Roll, International Rockabilly, and Nashville Songwriters halls of fame. “Blue Suede Shoes” won a Grammy Hall of Fame award as one of the songs that helped shape rock‘n’roll, and Rolling Stone rated Perkins among the 100 Greatest Artists of All Time. He is entombed at Ridgecrest Cemetery in Jackson, Tennessee.