One of, if not the, most distinguished Carroll Countians has to be the late former Governor Gordon Weaver Browning. From a humble birth in a log cabin to a lawyer, military officer, congressman, governor and statesman very few lived a more interesting life than Browning. 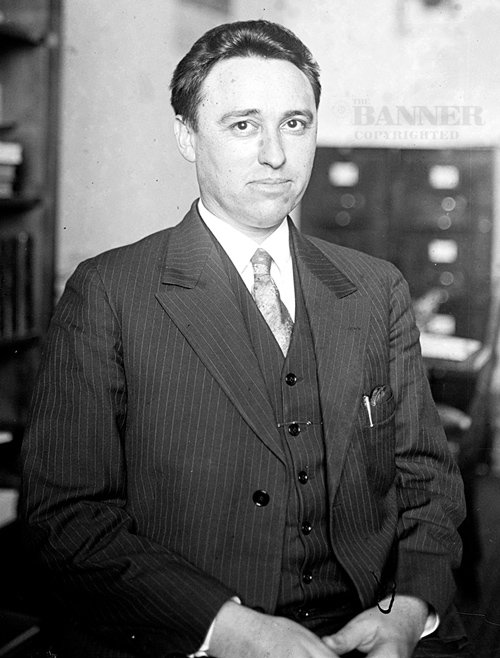 Gordon Weaver Browning of Carroll County served as Governor of Tennessee from 1937–1939 and from 1949–1953.
Photo Courtesy of The Gordon Browning Museum and Genealogical Library 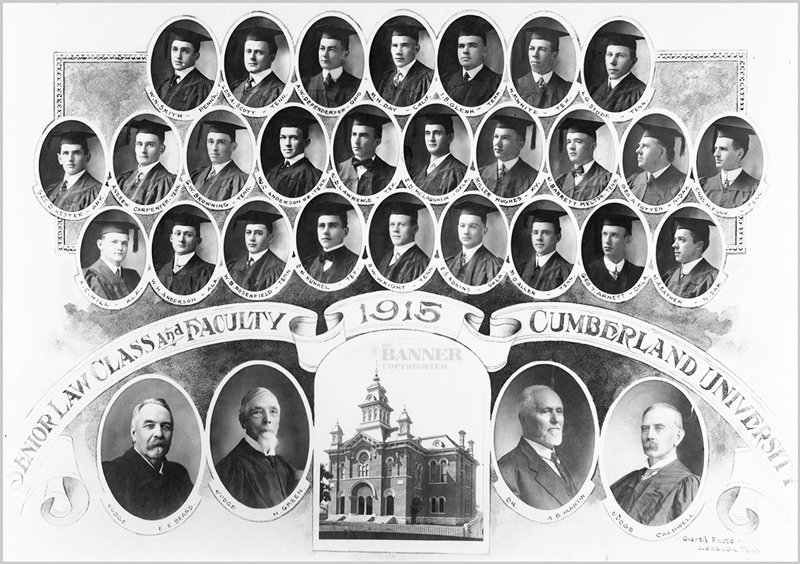 Gordon Browning graduated from Cumberland University Law School in 1915. Pictured in the top row-second from the left is classmate Lon Scott, who ran against Browning in 1920 and 1922 for a seat in Congress.
Photo Courtesy of The Gordon Browning Museum and Genealogical Library 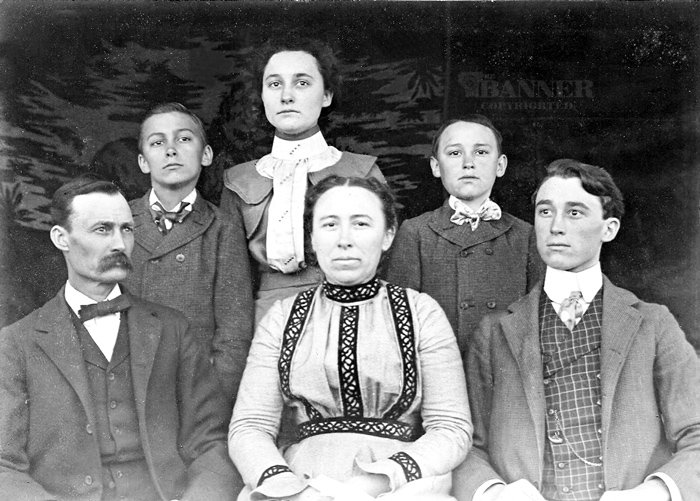 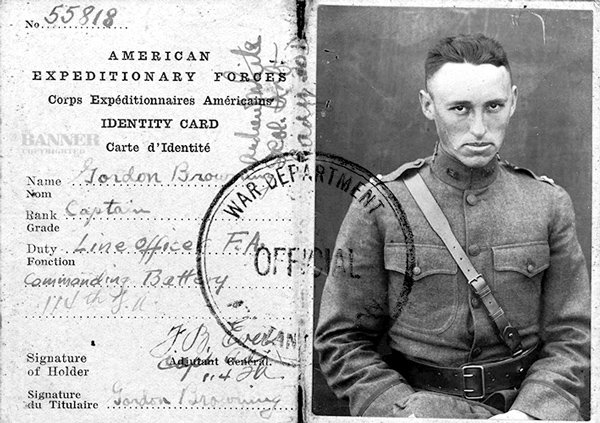 During World War I, Gordon Browning was assigned to the 114th Field Artillery where he received the commission of captain.
Photo Courtesy of The Gordon Browning Museum and Genealogical Library
Previous Next
Posted Tuesday, November 30, 2021 9:19 am
By Jason Martin
jmartin@mckenziebanner.com

One of, if not the, most distinguished Carroll Countians has to be the late former Governor Gordon Weaver Browning. From a humble birth in a log cabin to a lawyer, military officer, congressman, governor and statesman very few lived a more interesting life than Browning.

The second Tennessee governor from Carroll County was born to James Harvey (1859–1949) and Melissa Brooks Browning (1864–1940) on a farm near Atwood, Tennessee on November 22, 1889. The Browning family came to Tennessee from South Carolina in 1830, and legend has it his great-grandfather helped build the brick walls of Andrew Jackson’s home the, Hermitage.

The Browning moved from Carroll County to Gibson County near Milan (the home still stands on property held by Milan Army Ammunition Plant). After graduating from Milan High School, Browning enrolled at Valparaiso University in Indiana. He returned to Gibson County and started teaching within the rural school system. It wasn’t long before he changed his career path and enrolled in law school at Cumberland University in Lebanon, Tennessee.

After graduating in 1915 and being admitted to the bar in Tennessee, he began practicing law with George McCall in Huntingdon in March. His time practicing law was paused with his enlistment in Company D of the First Tennessee Field Artillery in June 1917, with the United States’ entry into World War I.

Browning’s unit was activated as the 114th Field Artillery of the 30th Infantry Division, under the command of General Lawrence Tyson (namesake of Camp Tyson in Henry County, Tennessee). Browning was promoted to captain and transferred to Company A. In Europe, he was stationed in northern France, where he and his men fought numerous campaigns. It is noted that Browning “was decorated for gallantry and earned the distinction of being an able leader.”

After World War I drew to a close in 1919, Browning returned to practicing law in Huntingdon and soon married Ida Leach. Back in his serene life as husband and lawyer in Carroll County, he grew restless and was looking for a challenge. He found his resolve through politics. His first attempt at running for office came in 1920 and ended in defeat. Browning ran for the Eighth District congressional seat in the U.S. House of Representatives, but lost to his former law school classmate, Lon Scott, by a 50% to 49% margin.

In 1922, he ran against Scott and won. Browning represented the eighth district for five consecutive terms and represented the seventh district for one term (1933–1935) following redistricting. During his final term in the House, Browning was one of the managers/prosecutors in the impeachment hearings of California judge Harold Louderback (alleging corruption in bankruptcy cases and a general charge of bringing his Court into disrepute; he was acquitted by the Senate).

After twelve years in Washington, D.C., Browning had his eyes on a Senate seat. In 1934, he campaigned for the Senate seat vacated by Cordell Hull who was appointed Secretary of State under Franklin Roosevelt. Nathan L. Bachman, who received the appointment and was supported by Boss E.H. Crump, defeated Browning from the Democratic Party nomination 166,293 to 121,169.

It wasn’t long before Browning set his sights on becoming governor. In the 1936 governor’s race, Browning’s main opponent for the Democratic nomination was Campbell County School Superintendent Burgin Dossett. Boss Crump originally declared neutrality through his support behind Browning as it was clear he would receive the nomination. In the general election, Browning easily defeated the Republican candidate, Pat Thach, 332,523 to 77,392.

His first term as governor was described “as one of the most active in first terms of any governor in the history of the State of Tennessee.” When he took office the state had a $143 million debt and no provisions to pay it. Within the two-year timetable, Browning made sure the debts were funded and provisions were made for them off through the Debt Reorganization Act, which consolidated the state’s debt, and enacted several taxes. Over the next 10 years, these efforts reduced the state’s debt by 40% saving over $60 million in interest.

It wasn’t long before he tackled other problems within the state including increasing school funding, creation of the state civil service program, creation of a state conservation program, building a state penal system, and making corrections to the state’s overlapping bureaus. He also made powerful enemies along the way including Boss Crump, as he tried to put an end to the political machines and corruption within the state government.

In 1938, Prentice Cooper, with Boss Crump’s endorsement, challenged Browning for the Democratic nomination for governor. After learning that Crump had registered over 100,000 voters in Shelby County, Browning sought to replace the primary system with a “county unit” system, which would equalize votes by county, thereby reducing the influence of Shelby. The bill passed but was declared unconstitutional by the Tennessee Supreme Court before the election.

Browning also formed a commission to investigate voter fraud in Shelby County, and managed to have over 13,000 voters purged. His efforts fell short and he was handily defeated by Cooper, 231,852 158,854.

Following his defeat in the primary, Browning returned home to Huntingdon to practice law. In 1942, he was elected Chancellor of the Eighth Chancery District without opposition. Shortly after the United States entered into World War II, he asked for a commission to re-enlist in the Army. His political enemies worked to block his every move. Eventually, Governor Browning went to the Adjutant General’s office in Washington, D.C. to make his request.

His determination was rewarded and also came at a cost. Instead of being given a commission as a major or higher he agreed to take the rank he had after World War I, captain. He attended the School of Military Government in Charlottesville, Virginia, which trained military officers in matters related to governing occupied territories, and was eventually promoted to the rank of lieutenant colonel.

Next week, I’ll go further with Governor Browning’s story and his triumphant return to politics.