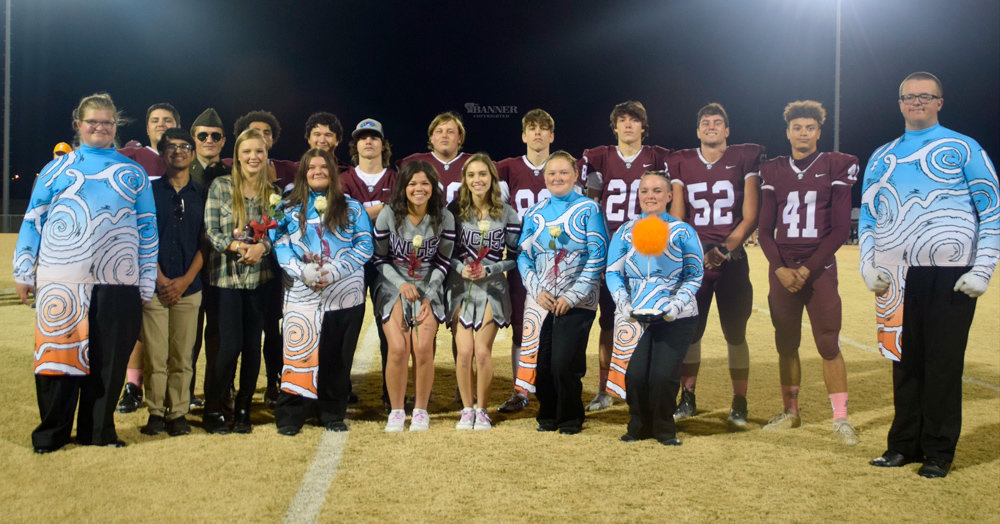 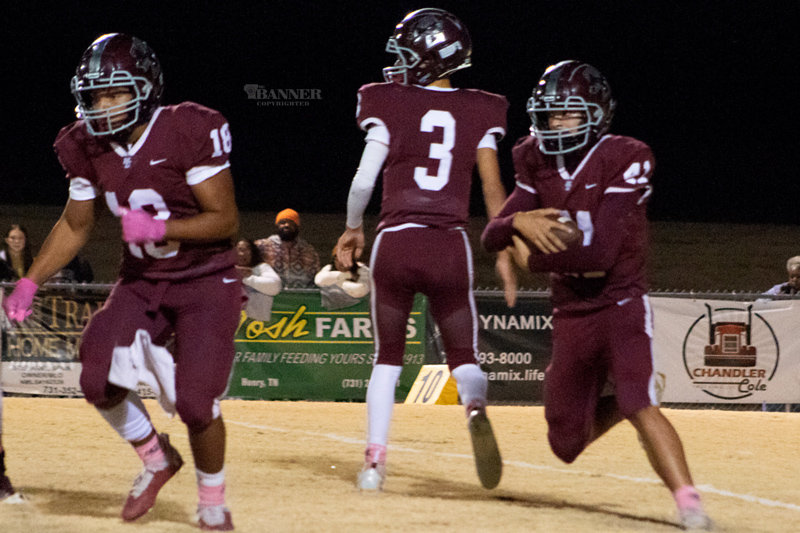 Jay Long (41) gets behind his blockers to pick up yards.
Previous Next
Posted Tuesday, November 1, 2022 2:50 pm
By Jim Potts
jpotts@mckenziebanner.com
ATWOOD — West Carroll started their final regular season Friday night celebrating Senior Night with the football, cheerleading and band seniors.
Not only was it their last home game, it was their final region contest against Trenton Peabody’s Golden Tide. The Tide was coming off a home loss to Huntingdon the previous week. Trenton had already secured the region championship but West Carroll could improve their playoff position with an upset over the Tide.
The War Eagles won the toss and elected to receive the opening kickoff. Their first possession resulted in a fumble after several plays leaving Trenton in excellent field position at the War Eagle 16 yard line. The Tide scored on first down with a 16-yard run. The extra point was good for an early 7-0 Tide lead with 9:45 left in the first quarter.
West Carroll went three plays and out which turned out to be the norm for their first half possessions. They failed to cross midfield at all in the first half. The War Eagles picked off a Trenton pass on the next possession and took over the ball, but wasn’t able to get the offense moving. After a short punt, Trenton had the ball at midfield and put it in the endzone on a 36-yard touchdown pass. The extra point was good for a 14-0 lead for the Tide with a little over two minutes left in the opening quarter.
The War Eagles’ next possession ended in disaster when the fourth down punt snap sailed over the punter’s head and was recovered by Trenton at the West Carroll 5-yard line. One play later, the Tide was in the endzone again with a 5-yard touchdown run with only 10 seconds gone in the second quarter. The extra point was good for a 21-0 Tide lead.
Trenton scored again with 7:49 left in the second quarter and missed the extra point, but lead 27-0. West Carroll’s fourth down woes continued when a punt was blocked on their ensuing possession with a Tide player scooping it up for a touchdown with 5:45 left until halftime. The PAT was no good with the score becoming 33-0 which was the halftime score.
Both teams spent the third quarter swapping possessions and inserting younger players into the contest with no scoring taking place. The fourth quarter saw West Carroll score twice. The first one came when Jay Long scored a 16-yard TD with 10:25 left in the game. The extra point was good for a 33-7 score. The War Eagles’ other score came on a 46-yard touchdown by Ben Pruitt with a 2-point conversion attempt failing with 3:51 remaining to play. West Carroll cut the lead to 33-13 which ended up being the final score.
Both teams will be in playoff action this week. (See Related Article)