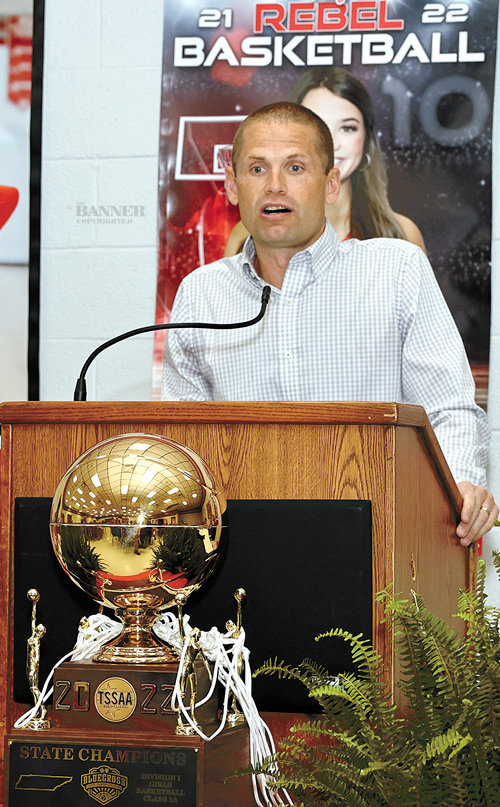 Posted Tuesday, October 18, 2022 5:00 pm
McKenzie Lady Rebel Basketball Coach John Wilkins was named 2021-2022 Girls’ Basketball Coach of the Year by the TSSAA (Tennessee Secondary School Athletic Association). Wilkins guided the Lady Rebels to a 32-2 record last year while they won the Class A State Basketball Title at Murfreesboro. He also guided the Rebels to a state tournament berth as well. Wilkins name has been submitted to the National Federation of High School Associations. The state award puts him in nomination for the Coach of the Year award at the sectional level which includes the eight Southeastern states of Alabama, Georgia, Florida, Mississippi, North Carolina, South Carolina, Louisiana, and Tennessee.
The Lady Rebels ended the season ranked #1 in the state while the Rebels also finished the season ranked.