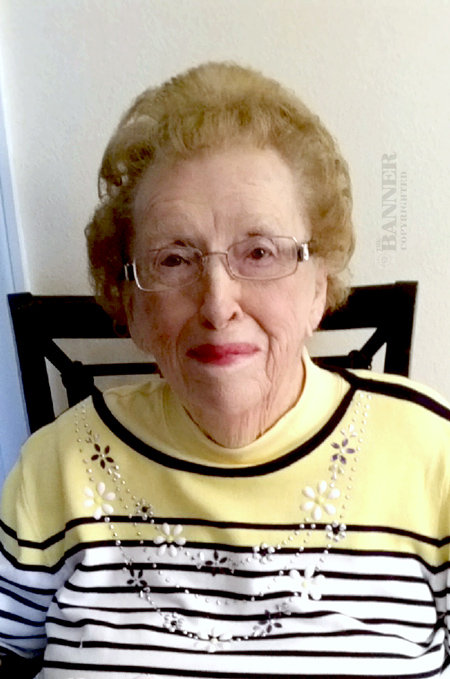 She and her twin brother were born April 19, 1922 to Ellen (Flippin) McSwain and Lonnie McSwain.

Ms. Hansen was a member of First Baptist Church in McKenzie. She was a lifetime member of McKenzie Senior Citizens Center, a former president of McKenzie Garden Club, served as a volunteer for many years at McKenzie Regional Hospital, and was a former officer of Carroll County AARP.

Prior to retirement, she was employed at Milan Army Ammunition Plant.

In earlier years, she and her husband, Howard, enjoyed traveling throughout the U.S. and other countries.

She is survived by two sons, Don (Ludean) Parish of Mt. Pleasant, Utah and Gary (Peggy Espey) Parish of McKenzie; a daughter, Linda (Dwayne) Bolton of McKenzie, with whom she resided; two step-daughters, Barbara Cleveland of Hernando, Mississippi, Gina Manning of Paris and a step-son, Roger Hansen of Austin, Texas.

She was preceded in death by husbands, William Ralph Stobbe and Nugent Howard Hansen; a grandson, Ricky Parish, a brother, W.E. (Jeff) McSwain, and a step-son, Dr. Robert (Bob) Stobbe.