McKENZIE — The Bethel Wildcats signed McKenzie High School standout Zayden McCaslin recently. Zayden is the son of Derrick McCaslin and April Minor of McKenzie and is undecided on his major. 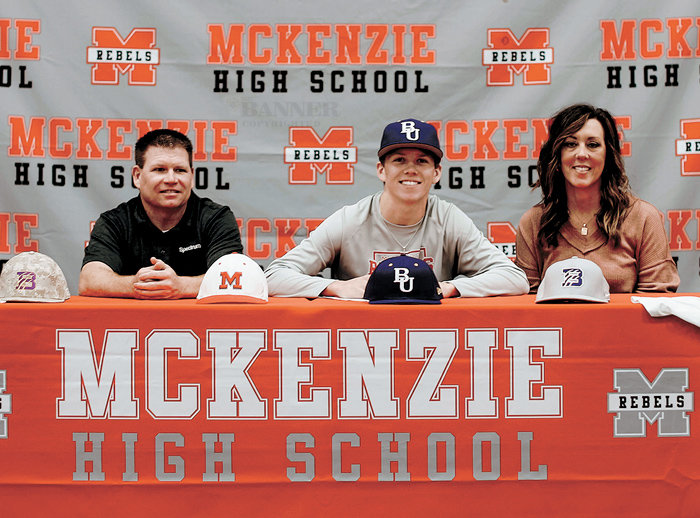 McKENZIE — The Bethel Wildcats signed McKenzie High School standout Zayden McCaslin recently. Zayden is the son of Derrick McCaslin and April Minor of McKenzie and is undecided on his major.

Zayden has been a three-year starter for the Rebels. He was named Pitcher of the Year, won the Silver Slugger Award, and earned the Coaches Award.

McCaslin feels his biggest strengths are his defensive abilities, his speed, and his leadership qualities.

Bethel Assistant Coach Lee Whitaker stated, “We are really pleased to sign Zayden. He epitomizes the meaning of being a student-athlete. He has excelled with his play and his performance in the classroom. We feel he will be an important part of our program for the next several years.”