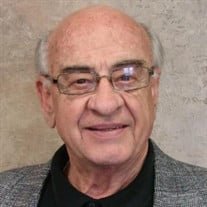 Don was a native Tennessean and proud ancestral nephew of Col. Davy Crockett. He played basketball at Baylor University. Majoring in English and Religion, he received his Bachelor's from Bethel University-McKenzie, Tenn. in 1961. While at Bethel, he was a member of Alpha Psi Omega and Phi Delt Sigma Fraternity, Vice President of the Student Congress, voted Most Popular, and named Mr. Bethel. He went on to receive his Master of Divinity from Vanderbilt University in 1976. Don was ordained by the Obion County, Tennessee Presbytery of the Cumberland Presbyterian Church. He served as a board member for Memphis Theological Seminary for several years. He served over 22 years in the U.S. Air Force while being awarded numerous honors and medals, before retiring. Don was a Presbyterian Minister for nearly 60 years serving several churches across the Tennessee Valley before retiring. He was a retired instructor from Northeast Alabama Community College where he taught multiple courses from World Religion, Survey of The Old Testament, Survey of the New Testament, Philosophy, and Appalachian Studies.

If you had the pleasure of knowing Don, you knew he enjoyed life to the fullest while serving God, his Country, community, and family.
Don's favorite quote was "The only real security is learning to live with insecurity." If you didn't know him, he was a great writer, philosopher, and full of tomfoolery. He would say Davy shot the bear and he shot the bull.

A celebration of life service is at Macklin Baptist Church (2750 Co. Rd. 78, Pisgah AL 35765) on January 29, 2023, at 2:00. The service will be led by beloved friends, Rev. Dr. Roy Hall of Scottsboro, Alabama and Rev. Dr. Dan West of Atlanta, Georgia. To decrease the risk of illness and for those unable to attend, the service will be live-streamed through Col. Chaplin, Donald D. Reeves's Facebook page. Application submitted to Arlington National Cemetery for burial.

In lieu of flowers, the family asks that you make a donation in his memory to The Don Reeves Memorial Scholarship fund. To donate using a credit card, call Rachael Graham at 256.638.4418 ext. 2391 or donations may be mailed to NACC, Development Department, PO Box 159, Rainsville, AL 35986.
https://www.rainsvillefuneralhome.com/obituaries/Donald-Reeves-10/#!/TributeWall